So I Married a Prepper

I don't mean to sound all 1950’s about the whole thing, but my husband is the family provider.

Don’t get me wrong.  I do my fair share of supporting the four of us.  Over the years, I have secured such lucrative positions as “volunteer board president for a start-up non-profit,” “adjunct lecturer at a state university,” and “part-time youth director at a local Congregational church.”  Despite the tens of dollars I rake in each week, Mark has insisted on providing our family with still more.

Which is why it shouldn’t surprise me that during this global crisis, he has voluntarily extended his role of family provider to include the responsibilities of family “prepper.”

I didn’t even know the word existed until a month ago.

Preppers, it turns out, have been prepping for a long time.  They build subterranean bunkers stocked with personal water filtration systems, medical kits, 50-pound bags of rice, propane, firewood, firearms, and something called a “sun oven.”  My husband, new as he is to prepping, has amassed none of those things. 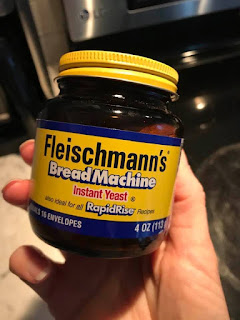 Reader, we do not own a bread machine.

As nervous as we all are about what’s happening, and about what could happen, Mark is the first to admit he’s handling it worst of all.  I’ve banned him from making Amazon Prime purchases without permission.  I’ve encouraged him to practice “exposure response prevention” by walking past a half-gallon of milk we don’t need, and leaving it on the shelf for someone who needs it more.  His WebEx calls are professional and on point, but he cannot be trusted to walk through Price Chopper alone.  I’ve pointed out to him repeatedly, and I hope lovingly, that his temporary lunacy arises from a very real threat to his provider instinct.  He wants to make sure we’ll all be ok.  It is killing him that he cannot make sure of that.

After reassuring him of the unquestionably noble source of his anxiety, I’ve done what any good wife would do:  I’ve laughed at him.

And the boys have joined in.

Yesterday a package arrived from Amazon.  He swore it was the last of the purchases made before my “ban” went into effect.  He glanced at the three of us sheepishly before opening it, and made us promise not to make fun of him when we saw what was inside, because he could not remember what he had panic-purchased.

It was like getting a present from Santa, if Santa was a drunken amnesiac.  Mark carefully sliced the box open and lifted the contents for all of us to see.

“Dad,” Brian said, exasperated.  “Are you kidding me?  Our refrigerator is already 45% tortillas.”

And that’s how I know we’ll be ok.  Not that we won’t get sick, or be scared, or be scarred in possibly permanent ways by this pandemic.  But as long as we can still laugh, both with and at one another, we will at least be us.

Our family went through our own crisis nine years ago.  One minute, it was situation normal.  Then suddenly, and without warning, we slammed into a brick wall at full speed.  For the next several months we intentionally retreated from coworkers, from extended family, and from all but a few of our closest friends.  We “turtled up,” as Mark dubbed it then.  Today, we’d call it social distancing.

As much as we agreed isolation was the best course of action for us, there were times it felt as damaging as the illness.

And then one day we discovered a weapon in our arsenal we’d forgotten.  It was a very wise doctor who pointed it out to us, and who gave us permission to use it.

We’d forgotten our sense of humor.

It seemed irreverent and irresponsible to laugh during that time.  But slowly, and timidly, we tried it anyway.  And I swear every time one of us laughed, our "family spine" straightened a bit.  Humor didn’t shrink the threat we were facing, but it made us all feel a bit taller, and a little more up to the task.

We do not have a hospital-grade medical kit or a sun oven in our arsenal. But we’ve been honing and stockpiling our sense of humor for years, because we learned it’s pretty essential to our survival.  (That and Crystal Lite lemonade, apparently.)  It’s who we are.  And it’s one of the ways we’ll do our best to get through this, however long “this” lasts.

And now if you’ll excuse me, I believe that's Mark’s powdered milk delivery at the door. 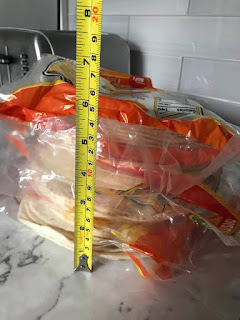