I usually ask myself two* questions before I write for a public audience:

(*I often ask a third: Why can’t Brian remember to plug in the #&$!@ laptop charger?  But that’s a separate issue entirely.)

For the purposes of this blog entry, I’m ignoring question 2.  No matter how poorly it turns out, this entry was in the “star,” so to speak.

It all began in January, when I closed my eyes and chose a paper star from among a hundred other paper stars in a wicker basket.  It was “Star Sunday” at church; the idea being whatever word we selected would somehow guide us through the upcoming year (or something like that.)  I hoped I’d choose one that said “napping” or “Chianti.”

I pinned the star to the bulletin board in my office and wondered, for the first few days, what it might mean.

I’ve long been known as the klutz of the family.  I’m the daughter who spilled her milk so often my parents were convinced I did it on purpose.  In Kindergarten I once dropped the milk tray and my teacher asked me to take my seat and “never carry anything again.”  I silently blamed it on my coke-bottle glasses and eye patch; I clearly had no depth perception.  And possibly something against dairy.

I wondered, half seriously, if the star meant I should work on my coordination and balance.  A friend suggested I take a yoga class, but I’d tried that before, twice.  The first time, an older woman across the room passed gas while holding a particularly difficult pose.  I laughed out loud, because THAT’S WHAT NORMAL PEOPLE DO when someone farts in yoga class.  No one else laughed, so I never went back.

I can’t have that kind of negativity in my life.

More recently I tried yoga again, and my impossibly patient and cheerful instructor/friend interrupted the session four times to rearrange my limbs into something approximating an actual pose.  She learned quickly what I’ve always known:  I am not, nor will I ever be, Holy Kara, Full of Grace.  But would any God care whether I can “downward dog” or balance a lunch tray?

I briefly considered the star a reminder that my family should say Grace…which meant we’d have to sit around the dining room table for a change.  We rarely do, and I apologize if that horrifies you. It seems whenever I confess “My family does not sit at the table to eat” people actually hear “I like setting buildings on fire,” because that’s what their faces suggest. The truth is, we raised two picky kids for whom eating wasn’t a pleasant experience, and we discovered distracting them with television made it possible for them to get through a meal (on occasion) without crying.  We picked our battles, and a bad habit formed.  (For the record, I believe a family can engage in meaningful conversation anywhere, not just around the table.  But what do I know?  I’m a serial arsonist.)

Gradually, I forgot about the star.  It faded in the sunlight on my bulletin board and caught my attention only when I periodically replaced the monthly newsletters hanging alongside it.

Then a couple of months ago I was invited to lead a discussion series on “Shakespeare and Faith.”  I’ve taken a break from college teaching, so I jumped at the chance to dust off a couple of my old lectures for a new audience.  I sat at my desk one afternoon, wondering where to start.  I know it sounds suspiciously like It’s a Wonderful Life meets Walt Disney’s Pinocchio, but I actually looked up at the star.

I’ve delivered some version of my Lear lecture at least 40 times over the course of my teaching career, and it always includes this same (true) story:

I was once about ten minutes into class when a student interrupted me to confess she couldn’t possibly follow what I was saying, because she couldn’t keep all the characters’ names straight.

I was sympathetic.  It’s a BIG play, and there are a lot of players.  So I stopped and drew a line down the center of the board.  I suggested we put Lear’s friends on one side, and his foes on the other.  Under “Foes” I listed his daughters Goneril and Regan, their husbands Albany (sort of) and Cornwall, and Edmund, obviously—.  She interrupted me a second time and said, “Ahhhhhh, I see where this is going.”

“The acronym!” She said, pointing to the board.  “It spells GRACE.”

I looked back at the board and winced.  Shakespeare didn’t pull cheap tricks like that.  The idea of his characters’ first initials spelling out some word pivotal to an interpretation of the play is hokey and frankly, embarrassing even to contemplate.  But there was GRACE spelled out, plain as day, and so we couldn’t avoid talking about it.

It turned out to be a much better discussion than the one I had planned.

What is grace, we asked, in theological terms?  The Christian definition is deceptively simple:  an unmerited gift from God.
Unmerited.

What could grace possibly mean in this depressing (and nominally pagan) play, in which no one is saved, and everyone suffers and dies?  Where is this unmerited gift?

Lear, for anyone unfamiliar with the play, suffers from a disease that affects many in positions of wealth and power:  Pomposity.  Arrogance.  Self-aggrandizement.  Call it what you will…the man thinks a great deal of himself.  When he chooses to “retire” and live out the rest of his brief life “unburdened” by the duties and responsibilities of king, he finds it not the least bit cringeworthy to demand his three daughters publicly profess HOW MUCH THEY LOVE HIM in exchange for one-third each of his kingdom.  His youngest daughter (wisely or not) refuses to play the game.  The other two over-praise their father in a sickening display of false flattery, and Lear divides the full kingdom between them.

It’s a foolish move on his part, and he suffers for it.  Those two wicked daughters immediately turn on their now powerless and penniless father and kick him out—cold and hungry—in a raging storm that ultimately drives Lear mad.

In that punishing madness, however, Lear learns something about himself.  Stripped of his kingly garments and all the other trappings of worldly wealth and position on which he constructed a horribly inflated sense of self, he realizes he is no different from, nor better than the impoverished members of his kingdom to whom he never gave a moment’s thought when he was king.  He suffers the pangs of genuine remorse and the ache of human compassion.

And then he is punished still more.

I’ll spare you the gruesome details of this brutal play.  The point is most critics agree Lear’s unrelenting suffering far outweighs whatever dumb mistakes he makes (“I am a man more sinned against than sinning,” he protests, and for centuries, horrified audiences have agreed).   But in his undeservedly intense suffering, Lear experiences the gift, however painfully acquired, of becoming more fully human.

Yep, that entire class discussion was born of an accidental acronym.  It’s a good thing the initials didn’t spell “SPINACH” because we would have found a way to make that work, too.
Anyway, in the middle of prepping Lear for my “Shakespeare and Faith” series, I happened to catch the tail end of Anderson Cooper’s interview of Stephen Colbert.   I couldn’t help but hear echoes of that class discussion.

As a child, Colbert suffered the tragic loss of his father and two older brothers in a horrific plane crash.  When asked about that punishing loss in a 2015 interview in GQ, Colbert was quoted as saying, “What punishments of God are not gifts?”

Anderson Cooper, himself mourning the recent loss of a parent, quoted Colbert’s rhetorical question back to him and asked, incredulously, “Do you really believe that?”

What follows are Colbert’s own words:

“Yes.  It’s a gift to exist […] and with existence comes suffering. There’s no escaping that.  We’re asked to accept the world that God gives us. And to accept it with love. […]  You can’t pick and choose what you’re grateful for. So, what do you get from loss? You get awareness of other people’s loss, which allows you to connect with that other person, which allows you to love more deeply and to understand what it’s like to be a human being.”

How unbelievably courageous must a person be to accept the idea that unmerited suffering and loss and pain might be construed as gifts?  King Lear, at least, had some punishment coming for his blind arrogance.  Colbert did nothing to deserve his loss.  And yet, he accepted the worst kind of suffering as an opportunity to love others more deeply.

And that brings me to the most difficult part of this post.  The part I have no business writing because it’s so much bigger than I am, and because I cannot possibly do it justice.
But I’ll blame it on the star.

Earlier this month I was half-paying attention to the evening news (because no one in their right mind can look directly at the news nowadays) when the anchor teased an upcoming segment on the guilty verdict in the shooting death of Botham Jean.  That got my full attention.  This was the story of an innocent 26-year old black man shot to death in his own apartment by a white woman who claimed to mistake his residence for her own.

I’d followed the proceedings with interest, hoping first for a guilty verdict, and then for whatever sentence might bring Botham’s family some measure of justice.

Then I saw the video.

I saw Brandt Jean, Botham’s 18-year-old brother, sitting on the stand and loosening the collar around his neck repeatedly, as if suffocating under the weight of his own grief.  I heard him forgive his brother’s murderer.  I heard him make an unthinkable request:

“I don’t know if this is possible, but can I give her a hug, please?”

Then he walked across the courtroom and hugged the killer.

There are those more “woke” than I who were sensitive to a disturbing undercurrent in Brandt Jean’s gesture, and especially in the judge’s actions that followed.  Let me be clear:  I heard those words.  I sought them out to learn from them.  And I want to be sure others hear them and learn from them, too.  Among them:

“Black people forgive because we need to survive.  We have to forgive time and time again...”
--Shanita Hubbard

To them and to countless others who caution against oversimplifying Brandt Jean’s gesture, I say thank you for broadening my perspective of that courtroom video.  There is much in it for me to consider more deeply, and much that I will never fully appreciate.

But from my own limited and imperfect perspective, I humbly offer this:

Brandt Jean is as good as we get.

Black or white, young or old, rich or homeless, this is as fully human as any of us can ever hope to be.

Even in the midst of his brokenness, and under the crushing weight of his own suffering, Brandt Jean offered his love and forgiveness, freely given and profoundly undeserved.  He courageously received and generously bestowed the most complicated and divine of all gifts.

I'm pretty sure I became more fully human simply for having witnessed his amazing grace. 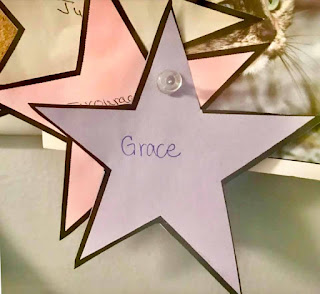